It feels so good to be a winner with airdrops. And it is indeed to feel so because the demand for token or coin is demanded by the owners of the ICO project. It might come as a milestone in getting free coins and tokens by the individuals by receiving the airdropped tokens after being listed on exchanges. But do you think these airdrops come with only advantages? Is there any dark side of it? To give an end to all these queries, let us know about the airdrops.

In the world of cryptocurrency, ICOs have established a special place for themselves by becoming a bigger source for crowd and seed funding. Now founders of ICO project have a found better and efficient marketing tools in the form of free airdrops.

Know About The Airdrops

The utterance of term ‘airdrop’ will surely remind you of war scene from a movie or actual war where the dropping of soldiers, parachutes from fighter planes can be seen in reality. But we do not mean the actual meaning about the airdrop which is related to war. We are rather referring to cryptocurrency airdrop which is used as a form of marketing of free distribution of coins and tokens to the members of the crypto community. All this task is performed by the owners of the project.

While understanding about the airdrop, there must be some question in your mind as to why these tokens and coins are being given freely by ICO project founders. After all, they have spent so much effort, money and time in developing them. Airdrops had always been a centre of attraction for the crypto community. Getting things freely will, of course, make anyone filled with joy and distribution of free tokens is a common activity in the airdrop. Tokens are an essential part of the marketing budget in many ICOs. So the use of tokens as payment for marketing purposes sounds good.

After having a brief knowledge about the airdrops, now you must have known that this is a kind of distributing free money. This comes as an advantage of airdrops. It proves very expensive for an ICO marketing campaign launch. During the early stages, most of the ICOs do not have sufficient funds. Because of that use of tokens are being preferred for ICO marketing. It all depends on whether airdrop campaigns are good enough to grab the attention of the community, especially, when the projects are featured on popular social media sites.

To receive the airdropped coins or tokens, there are tasks like signing up the newsletter of ICO, making the best use of social media platforms like sharing status and publishing tweet, which are supposed to be finished as per the requirement of most airdrop campaigns. The purpose behind giving these tasks by the ICO founders is to enhance the base of audience and to receive free tokens and coins.

After knowing pros about airdrops, now know about its cons. Funds which are being raised during ICO by the project in cryptocurrencies include Bitcoin, Ethereum and even fiat. A contributor is smart enough to avoid losing money by not selling the token in a lower value. However, airdrop hunters don’t take it too seriously when the airdrops are made active by ICOs initiating free distribution of tokens. The only motive they keep in mind is selling tokens as fast as possible. This results in a negative impact on the economy of the token and its value also.

Another disadvantage which you must know about the airdrops is fraud. Airdrops are misused by the scammers who very smartly cheat people and get away with all their funds. To avoid such happening, proper research must be done on airdrop campaign. It is better to be safe by knowing the authenticity rather than repenting in taking hasty decision for becoming part of it. Besides this, before you enter your private keys, be ensure checking the URL of the wallet twice. It is because scammers are much clever enough to phish your private keys by using the sites that seem akin to your wallet’s login page.

Many ICO founders become very enthusiastic while tempting to enhance their numbers on social media platforms in the belief of fundraising. But here they can commit a big error. Because it is not always the same case and preferring airdrops at this stage for conducting an ICO can bring adverse result.

So this is all you need to know about the airdrops. Airdrops find their best use during the early stage of ICOs when there are not sufficient funds. These airdrops are being used as free distribution of tokens for a project promoting or like a kind of marketing. But as it says, every technology comes with its pros and cons. So one needs to be sure enough to research the airdrop campaigning and check its authenticity. Also, the major risks which involve are scammers that are clever enough to swallow all the funds by tricking customers. To avoid it, take advice from crypto experts who can guide you on this regard. The slow implementation of airdrops may bring many adverse results. 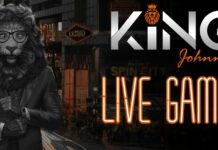