Michael Caroscio is an Australian Payload Design Engineer, he is using custom 3D printing methods to produce custom engine parts for Australian National Drag Racing Series, He is using 3D prototyping, test and creates casting molds for automotive engines. This technology offers him to optimize designs efficiently and reduction of the cost of standard tooling methods.

Michael also worked for a Boeing company of Australia as an aerospace engineer as he has a dedication to prototyping and manufacturing methods. I can say it was transferred to him from his father as his father worked in the automotive industry and later on, his father joined Australian National Drag Racing. This inspired Michael and he started to work to develop improved components for their racing program. Especially to develop better intake manifolds for optimized engine parts for better performance.

Michael expresses his views on this innovative technology, he says this offers a faster solution for prototyping methods and the production of new parts for racing engines. It provides an ease to absolutely customize our intake manifolds. It makes us able to develop prototypes at a reduced cost and time, which is enough short than traditional manufacturing. He further says, his most contemporary intake design includes custom 3D printing and an investment casting was all done for approx in 1500 US dollars, which is the proof of the cost reduction as half of the cost of tooling for sand casting methods.

He dived into the depth of this technology and to optimize his intake manifolds, he started with existing engine design, he analyzed the engine and applies mathematical relationships to regulate size for intake runner lengths and cross-sectional areas. Then he uses these measurements to develop a CAD model, the model which he designed was according to the racing rule book, and its size was according to the car-box for the engine. When he completes the paperwork for all this procedure than he printed a prototype that meets the requirements and he used the investment casting processes with a 3D printed PLA mold to develop a functional part.

When he started to print his project with a 3D printer with default utility(software that usually called hardware driver), he observed that the software did not provide thorough control so he decided to purchase a custom software for this purpose which provide him thorough control. The default software that came with the printer did not allow us to customize the tool path which was required to refine features of the parts, so Michael switched to custom software which provides to customization which was required to his tool path.

This offers the ability to customize process setting for such individual areas of his part that allows Michael to reduce or even eliminate the need for supports in his prints and it save enough amount of time and wastage of material. Michael further expresses, when he was printing with high-temperature filaments, the supporting material may cost high and complex due to exalted temperature. According to Michael as he stated, the ability to refine the processes with custom software and print without supports has saved time a minimum of 10 to 15 hours and also saves 45 meters of filament for each intake manifold which he printed. 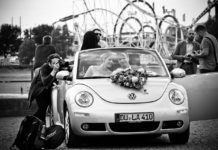 What to Know Before Hiring a Wedding Photographer? 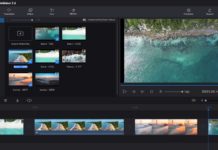 How to Make Video from Pictures Quickly and Easily Features to look into before buying a night vision scope