Yashashvi Jaiswal is a brilliant player of Indian U-19 that has played for the Mumbai team in the last edition of IPL. He is one of the youngest batsman in IPL’s history. He has great abilities in bowling, batting, and fielding, this young boy becoming the headlines of an IPL 2020 latest news edition.

He has impressed the cricket enthusiasts with his tremendous cricket skills. He has improved his skills by watching the game of Rohit Sharma, Sachin Tendulkar, MS Dhoni. In List-A cricket, he is the youngest player to achieve a double century at this age.

In the IPL 2020 schedule that is going to be held outside of India, the cricket enthusiasts keep their eyes on talented faces. Yashasvi Jaiswal can surely surprise and entertain the IPL world with his cricket senses. He has played at top-border. By putting up so much effort during the U-19 world cup, he has got the chance to play in IPL, Rajasthan Royals has invested a big share in IPL 2020 auction on him.

He is like a gem for the present and future Indian team. IPL has brightened the world of Youngest Cricketers. In IPL, Rajasthan Royals has given the chance to new faces, in this new edition, the IPL 2020 schedule time table included the youngest player of Mumbai Yashasvi Jaiswal.

As the circumstances have changed for the world with this Coronavirus pandemic, but it can’t keep away the players from the game. The youngest player is practicing hard at nets with his senior teammates and working on his skills and abilities to bang in this edition.

He is new and the carrier is just started, there are so many milestones he has to hit on the cricket grounds. Instead of focusing on pricing money, he is trying to sharpen and fasten his abilities.

Playing against the idols

He has grown up by seeing MS Dhoni, Rohit Sharma, Virat Kohli, and get inspired with his game; Jaiswal stated that “it would be super exciting and pleasure to play against and amidst the national and International best cricketers.”

Yashsvi Jaiswal belongs from Bhadohi, Uttar Pradesh. He wanted to become a successful cricketer. For this he took his step forward to Mumbai, he has practiced and trained at Azad Maidan, Mumbai. He had gone through a hard time during his cricket ground practice session as he did not have the proper amenities and finance. He has worked at a few places to earn an amount.

Hopefully, he is in a good company and got full support and guidance from his coach at every aspect of his cricket life. His focus and hard work have led him on the path of success and A-list Cricket. He has entered this amazing world of Cricket and there is a long way to go. He is focusing on fulfilling his duty towards his team.

In India, IPL has a separate fan base in millions. Shubham Gill and Prithvi Shaw are also the well-known names that emerged and shine on the lands of IPL.

In the mine of a small town, so many talented gems are dreaming to represent India with their skills and abilities and Yashashvi Jaiswal is one, ready to bang on in this New Edition. He is preparing to represent the IPL Franchise Rajasthan royal to give magical performances in front of the cricket enthusiasts.

He is enjoying the companionship of Robin Uthappa and Sanju Samson. Although, he has successfully qualified for A-list cricket and made a good impact in U-19 World Cricket. IPL 2020 match schedule is going to be a golden period for his cricket career and we can see him on good nodes of scoreboards. 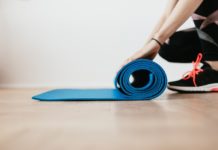 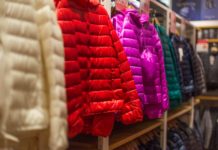 Why You Should Buy Bulk Jackets For Donation 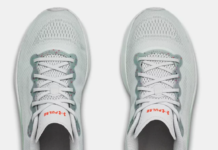