PQR News
Home Gaming Tier lists – what are they and do they matter in gaming?

While the topic on tier lists is one we’re likely all familiar with, what they are and how they work is a different discussion altogether. For starters, tiers are used in almost all competitive games. Essentially, they are a means of categorizing which characters are most likely to win. Remember, every character in a game should have a distinct ability that distinguishes them from the others.

In this quick guide, we will look at what tier lists are, who they are for and whether they matter in a game. Let’s dive in!

Tier lists are a ranking system that allows players to assess a character’s strength and viability in a competitive environment. Usually, this list is divided into tiers and organized from top to bottom. The organization is based on crucial parameters that often determine which tier a character is placed in.

Generally, a tier lists labels are S, A, B, C, D, F, with S being the highest tier and F the lowest. Since some games have many characters, this kind of organizing can help simplify all of that information so that novices can easily grasp it.

For example, if you were making a tier list of football players, you would rate them from best to the least performing. This is determined by a player’s number of shooting, heading, dribbling moves, and goals scored.

Another good example is when you’re creating the best Heroes of the Storm builds to help you choose heroes that make it easier to battle for supremacy in the Nexus. Johanna will probably qualify for the S-tier, Brightwing and Rehgar for the A- tier and Anub’arak and Garrosh for B-tier and so forth.

Emotions and assumptions are your worst enemies when creating tier lists

Anyone can make tier lists, which leads to a lot of misleading information. It’s not uncommon for emotions to play a big role here.

Hero is a perfect example in Smash Ultimate. Because of his ability to knock down opponents at such a low percentage, many players consider him one of the best characters. The main problem is that his actions mainly rely on the “rng” random number generator or pure luck.

A tier ranking that frequently places Belmont as a top-tier character is based on public opinion rather than the characters’ real potential. In reality, these characters have issues with speed and recovery.

In Hero’s case, the absence of throws that can close off stock and his subpar frame data and speed are the ultimate determining factors that determine the character’s viability.

Overall, tier lists, whether in a competitive or casual context, are a complicated topic influenced by numerous aspects even outside of the game.

Who are they for?

Tier lists are useful for players of all skill levels since they can help them figure out who has a better chance in a competitive environment. This is because skill is difficult to assess from watching the outcome of a match.

Tier lists work in the sense that if two players with the same skill level compete in a game, their character will play a large role in determining who wins and who loses.

However, other aspects of the game, such as fundamentals and the comprehension and execution of basic principles, are far more important. Many players consider a tier list as the to-go-by facts rather than well-informed recommendations, leading to unneeded squabbles.

Each player needs to utilize their professional judgment and recognize when the personal skill can outperform the tier list.

A tier list is a handy form of chart that helps with quick visualization of a character’s power or quality levels, as they often show how powerful a character is compared to others. This can save you time by allowing you to skip heroes who are objectively very difficult or poorly performing.

They’re also a wonderful way to interact with other gamers and simply talk about some of your favorite video gaming features.

If you use them in any way, make sure you do some independent research to ensure they are from a reliable source and not just a majority vote. When it comes to the best selections, professionals that play the game at a high level are usually your best source.

Remember, it’s not so much about the character you’re playing as it is about how much fun you’re having with it. There’s no difference between playing a top-tier character and playing a lower-tier character if you’re not feeling them.

It’s also worth noting that your skills, not just the character, will have an impact on your performance. Remember to pick a character that you enjoy playing.

Tier lists are one of the tip-offs players use in their games for better performance. However, one should not rely on these lists as other factors like one’s skills also play a vital role in this performance. Nonetheless, tier lists are an excellent resource for learning about a specific game. 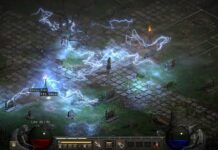 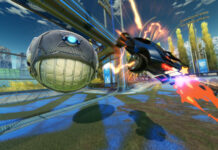 Students from the United Kingdom have qualified to represent their countries at the European Rocket League Championships which will be held in the coming... 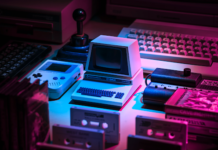