PQR News
Home Blog What Businesses are set to Emerge from Covid Stronger?

The financial devastation caused by the pandemic is still growing worse day by day. Businesses continue to close as lockdowns and social distancing restricts trade for many. Restaurants, cinemas, tourist areas, and retail, in general, are still being hit.

As some areas gradually return to normal, shoppers and consumers have started to visit old haunts, but not in the numbers seen before. Some regions have to limit how many people are allowed in their restaurants at once, and other people are not keen to return to the high streets and shopping malls as before.

However, not all businesses suffered during the worst of the pandemic, and some even surged ahead. Before Covid, you may have wondered why people use online streaming sites, but as cinemas were forced to shut it became all too clear why Netflix was so popular.

What businesses are continuing to grow, and will they emerge from the pandemic in better shape than before, or was it just a flash-in-the-pan?

The internet has shaped which businesses will prosper

Because of travel restrictions and social distancing, the internet became more useful than ever. It is largely this that has decided which businesses did well during the last year and a half.

People went online to play games and search for entertainment. Online casinos saw a boom in users as people looked for poker, slots, and the best kaszinó bónusz. Netflix gained millions of subscribers, and FoodPanda was seen everywhere.

However, in many areas, the infection rates are dropping, and restrictions are being lifted. So, which of the following businesses will continue to grow, and which ones had a purple patch that might not be seen again?

This is not so much a business, as a service offered by many large food retailers. In the UK, some of the big supermarkets offer free home delivery if a certain amount is spent. In the US, the situation is somewhat different.

Grocery delivery became very popular as people were reluctant to mingle with other shoppers during the pandemic, and for certain groups, it will remain useful after Covid.

DoorDash and Deliveroo have both been floated in the last year, to differing results. Deliveroo became one of the worst IPOs in London for years, while DoorDash was ridiculed by analysts as being a bubble waiting to burst.

The reason for this is that although food delivery services are popular, they are not profitable. Last year saw huge surges in the use of UberEats and other food delivery apps, but according to the Wall Street Journal, they aren’t making any money.

As far as the future is concerned, they will either keep having money pumped into them until there is none left, find a way to turn a profit or fail. It may be simply that the market is saturated with too many companies trying to do the same thing.

In the UK, sports betting is legal in licensed shops. However, hundreds were closed over the last couple of years, and this has led to a boom in online betting. The US does not have widespread sports betting but it also has many people who like casinos and gambling online.

The BBC reported last year that there were more Google searches for online casinos, than ever before. As traditional casinos reopen their doors, and UK betting shops allow customers back, will the online world lose players?

The truth is that some people will prefer a land-based establishment. But, the benefits of playing in an online casino are such that they will likely continue to grow. A casinot online can offer poker, blackjack, and slots, 24 hours a day, and is anonymous.

A land-based casino requires travel, time, and is perhaps less appealing to solo players. It looks as if online gaming will continue to grow.

The big streaming success story of the last decade is of course Netflix. Now there are dozens of different platforms available for movies and TV shows. Some of them are niche and concentrate on Sci-Fi or horror, some are sports-oriented, and some are branded such as Disney+.

During Covid, all the main platforms offered free trials to attract subscribers, and Netflix gained millions. Disney announced that they were ahead of target, and other channels prospered too. Now though, things are changing.

Netflix subscriptions are plunging after the Covid boom, and there may be more than one reason for this.

Unemployment rose during Covid, to high levels in some regions, and this could be leading to people cutting back on unnecessary expenses. Piracy makes it easy to download movies and this may be affecting streaming channels to some degree too.

However, it may simply be that the market is oversaturated. Perhaps loyal Netflix subscribers have just decided to move to another platform. Perhaps, they couldn’t afford or need HBO, Disney, Netflix, and Hulu, so now they just have one.

The future may see some of the smaller channels disappearing while the bigger ones get even more competitive when it comes to gaining new subscribers.

Ecommerce is one area that has been growing year on year before Covid was even heard of. During the pandemic, ecommerce experienced a huge boom and this is likely to continue positively.

There are so many advantages to shopping online that it is hard to imagine that land-based retailers will ever see the numbers that they used to. Huge retail names across the world have gone bankrupt, and predictions are that many shopping malls will be closing over the next few years.

It is simply too easy to search online for a product, order it, have it delivered to the front door within a day, for ecommerce to go backward now. Online retail is a definite growth area for the future.

It would seem that most of the businesses that did well during the pandemic were based online and prepared for such an eventuality – by accident of course. However, not all of them are going to continue growing wildly.

Casinos and online retail seem safe bets for the future. Streaming services might stutter a little over the next year or two, although Netflix is already branching out into games. But, the food delivery services might suffer badly once restaurants and takeaways are more accessible again. They aren’t making money now, and it’s hard to see how that can get better. Is Nautical Charts Any Good? Ten Ways You Can Be Certain. 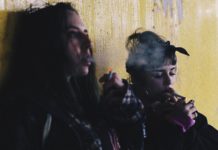 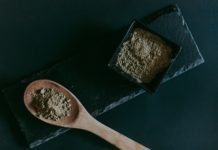