Craps is an incredibly popular and thrilling casino game, especially in a physical setting. The excitement of throwing the dice and seeing if you win your wagers is difficult to match, which is why craps is a go-to game for both casual and veteran gamblers alike.

Although craps is mainly a luck-based game, as with any casino game, there are people who try to crack the code and find ways to consistently win or at least maximize their chances at the craps table. While you can raise your edge in games like blackjack through card counting and poker through learning poker theory, some people claim that you can gain an edge over the casino in craps by learning dice control.

Dice control, simply put, is a method of controlling how you throw the dice in craps, hoping to get favorable results every time, or at least increasing your chances of getting favorable results, and reducing the number of sevens you roll.

According to those who believe that dice control works, you have to set the dice in a particular manner in order to manipulate its outcome. Setting the dice involves leaving certain numbers exposed while covering some, and there are varieties of sets to implement for those who want to utilize dice control in their craps games.

Once you’ve mastered the form of how you should set the dice, the next step is learning to throw it consistently. What some advocates consider to be the best way to throw the dice is by kissing the dice off the back wall in order to reduce randomness. According to proponents of dice control, once you have this mastered, you’ll be able to get your desired results consistently whenever you’re the shooter.

By using dice control, players are allegedly able to limit the rotation of the dice, and as the name of the method implies, control the outcome of your rolls.

The set you use depends on the numbers you’re hoping to end up with. One of the more popular sets for tossing is the V-set, which is used for tossing a 6 or 8 in craps.

To do the V-set, ensure that your dice are positioned in the following manner:

This is just one of the sets that you could do, so it’s advised to do your research if you want to implement dice control to find out how to use particular sets. 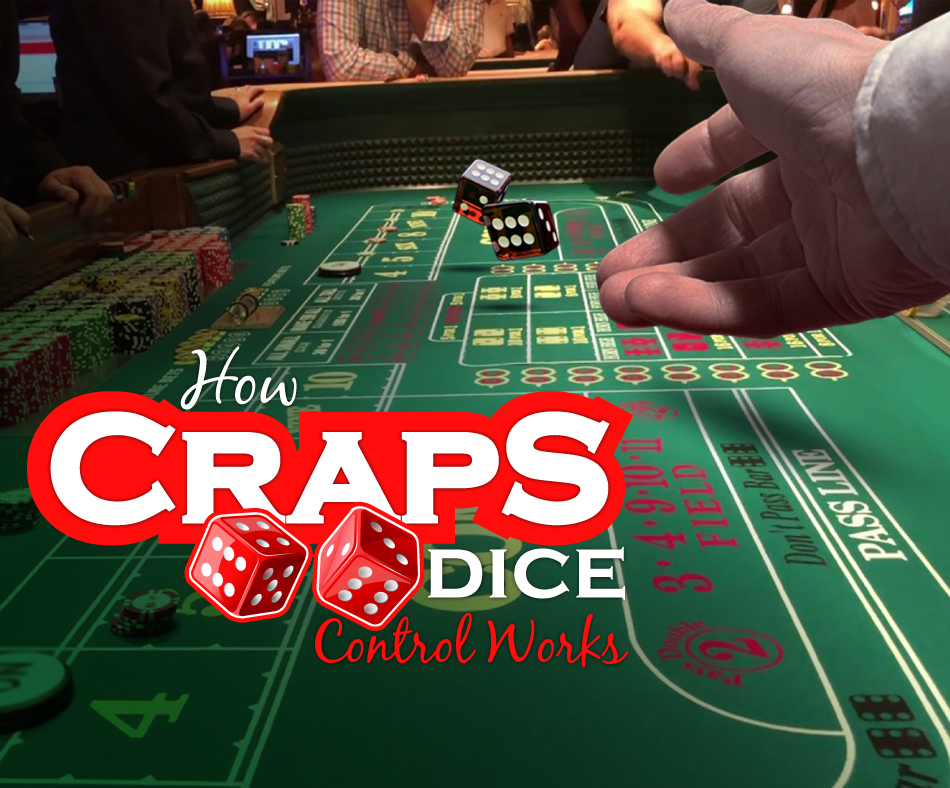 Knowing your set is half the battle. Once you’ve had the set mastered, the next thing you should practice is how you throw the dice.

Some proponents of dice control compare this to a basketball player honing their jump shot or a pitcher developing their curve ball. Although you aren’t guaranteed perfect results every toss, you supposedly increase the likelihood of achieving your desired outcome as opposed to having it be totally random.

Shooters who use dice control toss the dice and kiss it off the wall of the craps table, generating just enough pressure to not have it roll wildly.

To perfect your toss, your arm and wrist should develop a consistent motion and you should apply nearly the same amount of force every time to minimize discrepancies. The bad news however is practicing your toss is best done when you’re at the craps table, so unless you have one in your home, you can generally only practice if you’re in the casino.

What Does Dice Control Do?

Dice control allegedly reduces your “seven rolls ratio,” or SRR. SRR, in essence, is the number of times you roll a seven compared to the times you don’t. If you at least decrease your odds of rolling a seven, you’re able to increase your mathematical edge at the craps table, and thus allow yourself to yield profits whenever you’re shooting at the craps table.

Unfortunately, there’s no real proof to show that dice control works. While there are many advocates who swear by dice control, and some even offer paid courses to teach dice control, there just isn’t a way to consistently beat the house when you’re playing craps.

Dice control is not on the same level as card counting when it comes to gaining an edge over the casino. Whereas pit bosses are on the lookout for card counters because it’s a proven way of becoming a blackjack winner, there’s no real worry over controlled shooters.

Even if you do spend the time to “master” dice control, you aren’t guaranteed any results in craps.

While there’s no harm in looking for a way to consistently win at the craps table, dice control is unfortunately not one of those methods. If you want to have control over your results at the casino, you’re better off playing skill-based games like poker.

A person who is thinking of playing slot games must look at some exclusive game choices given on reliable online platforms.  There are many...
Read more
Casino

How to Choose the Best Online Casino

An overview Online casinos are websites that you can easily access via phone, tablet, or computer at your comfort with a stable internet connection. You...
Read more
Casino

Why is it so simple to play online blackjack?

With the advent of online blackjack, players now have the option of playing this game from the comfort of their own homes. The contemporary...
Read more

Why should real estate agents use 360 virtual tours?

Online jewelry in Canada: Market prospects, benefits and is it safe to buy online?

The jewelry industry has always been considered a safe...
Read more
Blog

There are many reasons why a business can benefit...
Read more
© Copyright 2020 pqrnews